It was summertime (March) when I went to Iloilo City with my sister and my cousin.  We were actually bound for Guimaras but my ever so dependable sister has different plans in our itinerary.  We ended up circling around Iloilo city visiting churches after churches!

I certainly did not object to that.  I do love old stuff: buildings, museums, ruins…

Years of being under the Spanish Colonization definitely leave such a big influence on the country’s religion, making Catholics more predominant in the country.  Churches all over the country are living testament to that.  Personally, I think whatever religion you are (whatever your beliefs are) you will surely be amazed by these old churches’ architecture. 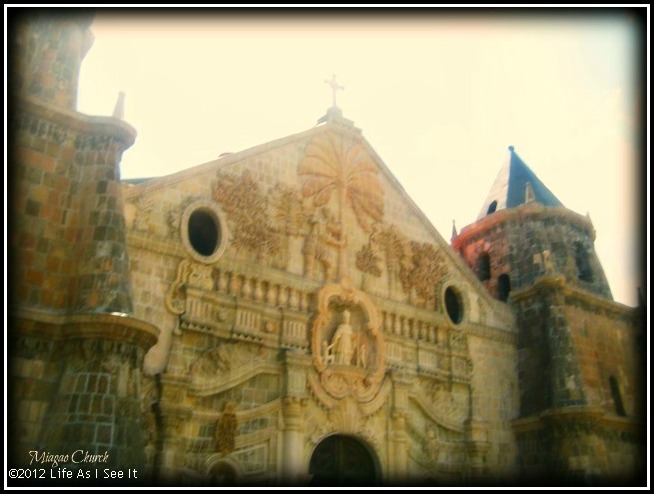 This is easily my favorite! Silly me, I didn’t know that it is included in UNESCO World Heritage Site, (I know that House of Dakay in Batanes is!) but even at first glance, you’ll be amazed at how daunting the whole façade is. 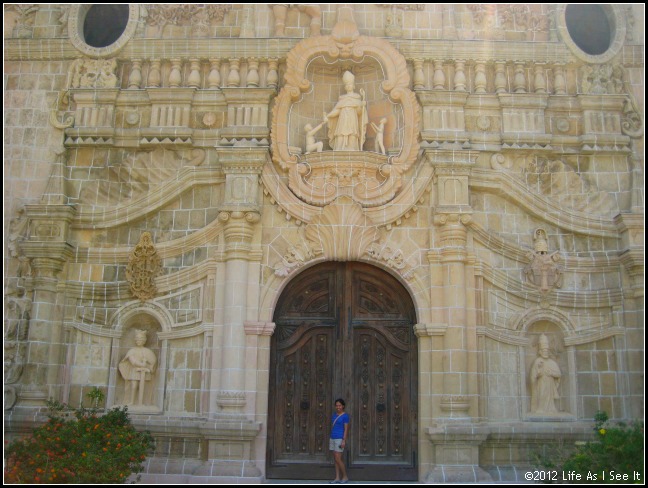 There are a lot of big enormous churches, but there’s something grandeur about this one.  It’s breathtaking that you can’t help but smile as you lookup standing from the gigantic front door thinking how can this be real?  I don’t really know much about architecture, but old churches really amaze me.  I simply love looking at them.  Like if I have the time, I’ll gladly just walk slowly to each corner lazily inspecting every nook and turn. 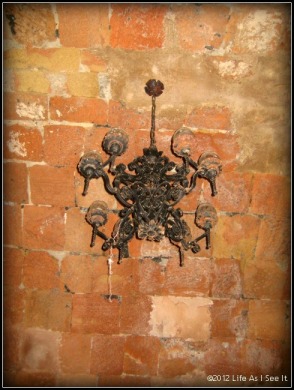 But then again, it seems like we’re in the amazing race at that time.  Like we’re supposed to race into all these churches and then proceed to the dock for our next clue, lol!  You see, we have a boat to catch, like literally, the one that will take us to Guimaras.  So, it’s a bit shameful but I think we only took an average of 10 minutes in each church.  I think I should add this to my bucket list, lol!  I should go back there and visit again! 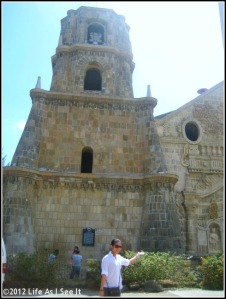 Honestly, I didn’t learn much about the tour guide’s rant on Miagao church.  Well, I’m sorry but I got enchanted at first sight!  I do remember him saying that those stones are more than a meter thick and that lime mortars are used to hold it together.  And then he said something about legends and stuff but then again, all I could do is nod and smile occasionally because, to be honest the church can speak for itself, it’s ah-mazzzing!  But of course, it could have been better if I learned a thing or two about history.  Anyways, I really plan on going back so I’ll make sure that next time I’ll pay more attention to the ever so helpful and ever so cheerful tour guides of Iloilo City! 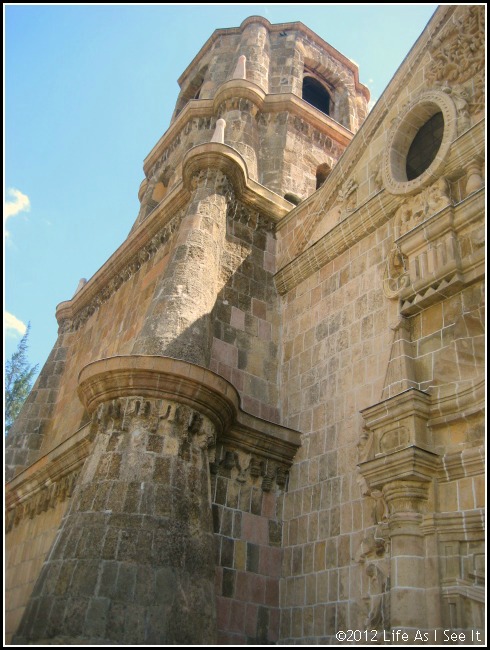 Here are the other churches that we’re lucky to have visited in our short stay in Iloilo:

Jaro Cathedral – Parish of Our Lady of Candles 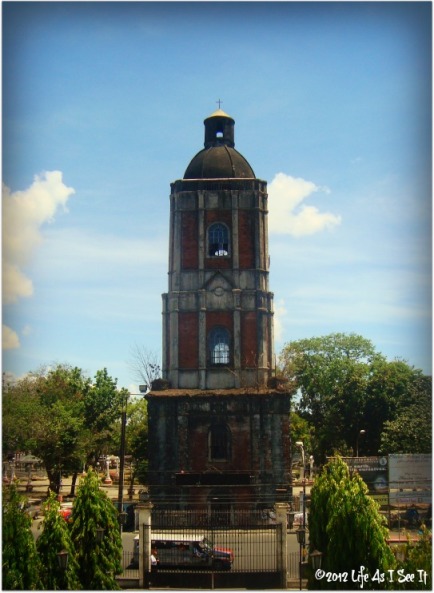 This is the only cathedral in Panay Island.  The image of the Virgin Mary which can be seen right outside, (above a staircase in a box type encasing with mirrors), is believed to be growing through the years.  It is made of limestone.  Parishioners believed, including our driver/tour guide, that it used to be small and then grew bigger and heavier through the years that about 10 people are now needed to carry it.

The Bell Tower (belfry) located just across the street right in front of the cathedral is pretty amazing.  I think I’m more drawn to it than the church itself, but then it’s just me.  Our tour guide said that it was heavily damaged when a strong earthquake hit the city during the 18th century. 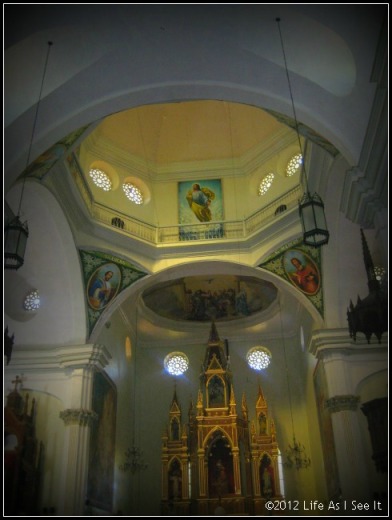 It was under renovation when we were there.  We’re only able to take a peep inside since people are working.  What strikes me most about the church is the color, it’s red; it’s not quite what I’m used to seeing.  It’s sort of dark red actually with white linings.  Too bad I wasn’t able to salvage a good shot of this church.  When you’re caught in the excitement I guess you tend to just click away until battery’s working, lol! Anyways, they say the church was patterned or meant to copy a particular church in Spain.  Nonetheless, it is equally amazing.

This is said to be the most beautiful Church in Western Visayas (no offense but I think they’re all beautiful).  Known for having the most number of female saints collection on the island, all 16 of them.  We didn’t get to see really since the church is close when we visited.  Or was it students practicing for their graduation? I’m not quite sure.

This yellow-colored church with a sort of white stripe is beautifully old, that is – old and beautiful.  It’s the only church made of yellow coral and igang (red-colored) stone found on the town’s beaches.

This is just as beautiful as the other churches.  What really interests me is its interior.  It’s airy, with lots of space to sort of breath.   I think it has that kapilya (chapel) feel because of its simplicity.  I love the tile mosaic on the walls.  The church’s altar is said to have the most beautiful altar murals in the region but then again, we were not able to come closer to the altar since graduation practice of students is ongoing.

10 thoughts on “Not Just Your Ordinary Place of Worship”