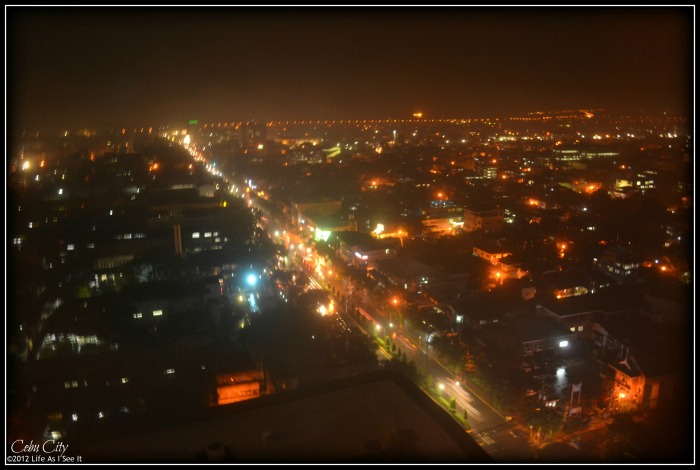 Cebu City at Night – Taken during one of our out of town trips.

I can’t help but adore this view of Cebu City that night, it’s damped and quiet, and peaceful really.  It started to rain that afternoon, by night time we learned that it has turned into a storm.  This is a view of the city from our hotel window after a while, the heavy rain has stopped, strong winds seem to have died down as well.  (We’re quite worried really, constantly checking how is the weather outside, we have a ferry boat to catch the following morning that’s why.)

Illuminating Faith – Taken during one Procession of the Saints in a barangay (small unit of community) fiesta.

This is one of the many traditions performed by devoted Catholics, the Procession of the Saints.  The Patron Saint, usually joined by other patron saints of nearby barangays,  are paraded at night all throughout the neighborhood along with ‘sagala’ or Beautiful ladies and children dressed in gowns which represents specific titles of which the ‘Reyna Elena’ is deemed to be the most beautiful and to be quite honest, the star of the night :)  And nope, I didn’t get the chance to take a decent snapshot of the Reyna Elena neither the other sagalas.  There’s a slight drizzle that night and people are starting to panic really. 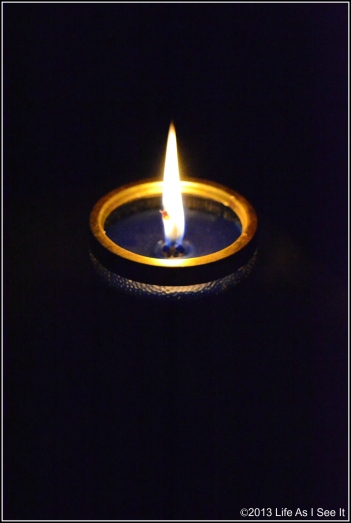 Guiding Light – Taken during the morning of All Souls Day, November 2.

While most Filipinos flocked the cemetery during All Saint’s Day which is November 1, it is the day after that that it is believed to be when souls of the departed are finding their way back into the eternity or heaven or where ever it may be.  So, the whole point of lighting candles is to ‘guide’ them, to light their way.

I personally lit this candle at around 4am, as soon as I woke up before I started working.  For me it simply says, I do remember you guys!

I actually got it all mixed up when I was younger, I thought that we’re actually lighting their way back to us so that they’ll know how to find their way back home.  But then I realized why will they come back to us?  I mean I love them dearly, I really do, but seriously, no need for any apparitions or anything. To make it worst, it’s a usual remark to tell someone who didn’t bother to light a candle in the cemetery, that he or she will be visited by the dead instead!  Okay, I’m a self confess scaredy-cat so I’m stopping right now. 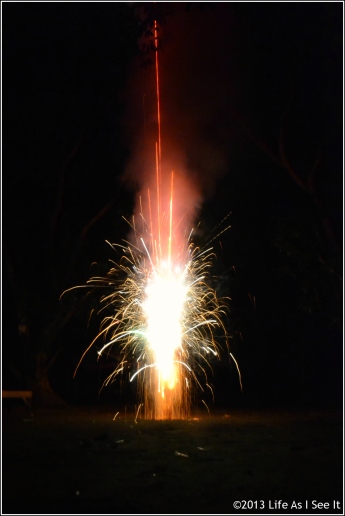 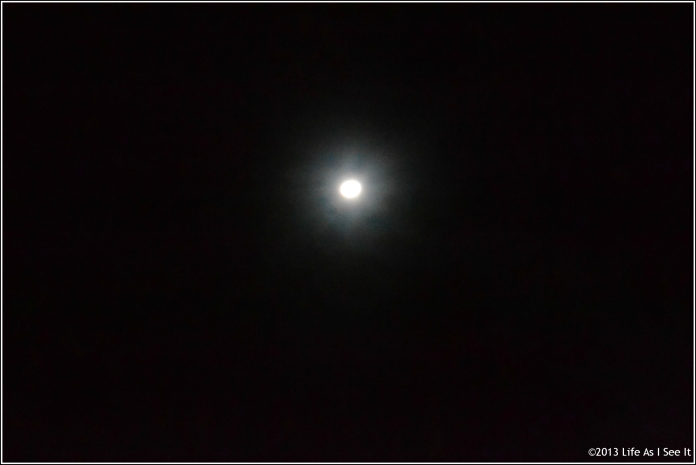 In with the good out with the bad – Taken while we’re welcoming 2013!

Firecrackers and noisemakers are believed to drive away bad spirits or omen or vibes of the year that was.  I think fireworks are for welcoming and celebrating a good one!

The last photo is a snapshot of the moon illuminating from a distance shortly after midnight.