An island so pure and…small! You can literally trace it from end to end in less than an hour. I actually did, with my sister and my niece! It was quite an experience. *If ever I will have another chance to visit the island again, I will take my precious time and savor it all in, plus of course I’ll take my camera with me! I just hope though that Potipot Island is still the same ‘untouched’ island we visited 5 years ago. I heard that there are constructions going on (or already on) the island. I think it’s a put off for tourists who wanted to experience nature in its rawest form. Quite frankly, for me, a decent toilet should be enough because I think that’s what appeals to people, the notion of being on a private island (especially on offseason where visitors are at a minimum). You can simply have picnics under the trees, sleep in your tent, play on the white sand, enjoy the fish and starfish, and maybe even imagine yourself on survivor, hihi!

It was an unforgettable vacation with the whole family in Candelaria, Zambales. It was quite a long trip from Central Luzon, but I personally enjoyed it. I remember admiring the road with trees on both sides whose branches are almost touching together. My family gets to experience the beauty of Zambales for the first time way back in 2008. We stayed at SunBloom Resort who also arranged for the boat ride that took us to the island. The resort’s manager at the time, Ate Mercy and the rest of her staff are very accommodating making our stay such a memorable one. 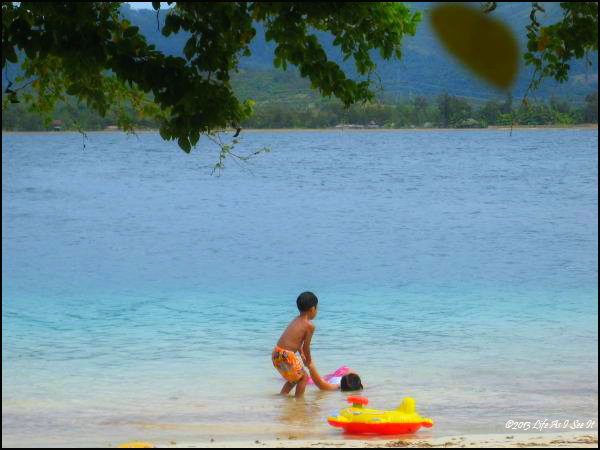 The island is actually accessible within 5-10 minutes from all the surrounding resorts in the area. People are allowed to spend the night on the island but you’ll be bringing everything you’ll need, tents, water, flashlights and food of course. We have children traveling with us, so it was not really an option. We all decided to just spend most of the day on the island and then head back to the resort by afternoon where the kids continued playing by the beach until the sun sets. :) 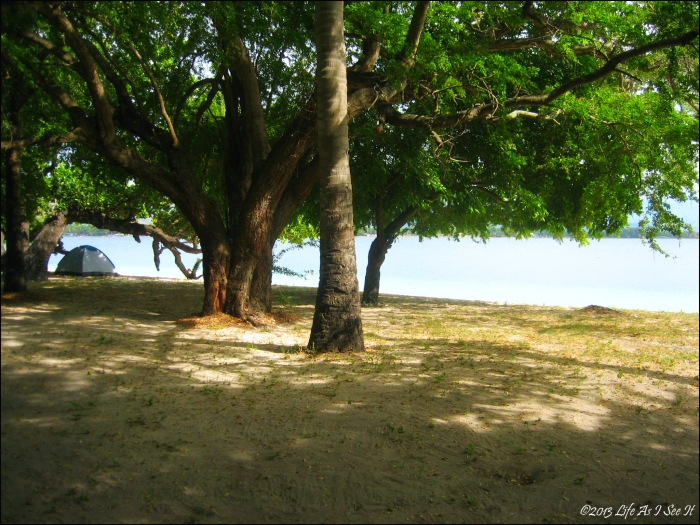 A view of the whole island from SunBloom Resort.

*I haven’t really enjoyed the beach yet when I hurt myself and suffered a cut right under my foot (but still it didn’t stop me from appreciating the island’s beauty). Some irresponsible vacationers threw a big cluster of oysters back into the sea, but not far enough to at least get it into the deeper part of the water where people would unlikely ‘walk’ on. So, as we approached the end of our little 360-degree trip around the island, there it is sitting in the shallow part of the water (about 2-foot deep). I just felt the sudden thud and when I lift up my foot up, yay, blood! Lots of blood! I needed two sutures to close the wound.